It’s a good day to be alive!  So speaks the indefatigable optimist in me (I like it when he is present and well). 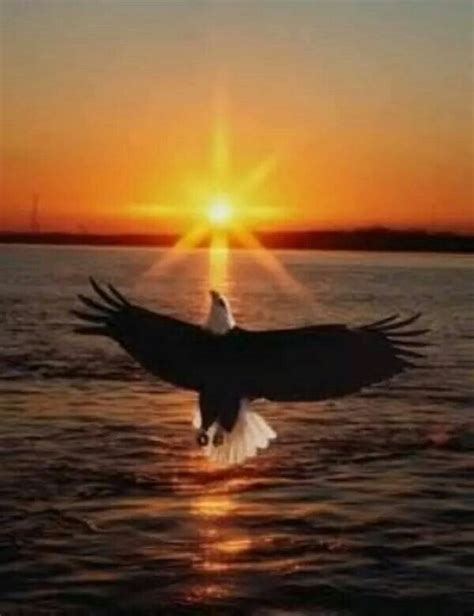 One highlight of my week, I’m excited to share with you, was paddling on Lake Garfield with my brother-in-law and our sons and seeing a bald eagle fly by! It just may be the first time I have ever seen one!
In any event, these truly are historic times. It’s horrific on many levels, but I would offer that it also is providing the exact conditions we need for the changes we desire as a collective group.
History will ask itself- Which came first?
Which was first? The pandemic or the major societal change that is upon us?  My belief is that even before the Pandemic arrived, we were living in a massive turning point.  You definitely are living that change if you
Much of how we live our daily lives effects the earth in ways that we would outright reject if we made the connection with the available knowledge.  For example, our oceans have massive amounts of plastic pollution in them.
Our recycling programs are not keeping up with what we set aside for recycling, so why do we buy plastic? 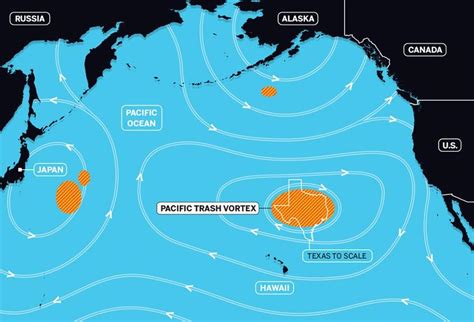 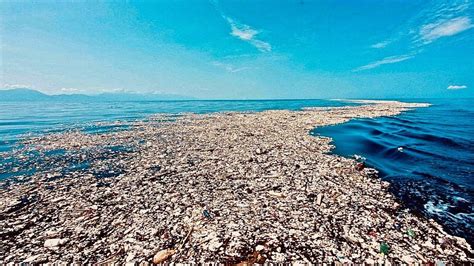 We can connect our actions with our values more and more, just by setting out to do so…..with knowledge as our guide. And the actual doing is everything.

Local update
At the end of last week we started to hear of a few cases among our patients and their contacts and in the greater community here in the Berkshires. This was the first time in a while we heard that. Three out of four of the cases involved airline travel from hot spots.This got my attention.  Could we start to see community spread again? Reassuringly, over the ensuing several days the daily case count stayed on it’s average of only one new case per day in the county. So far no spike. Although yesterday we had 5 new cases. So please be aware that even though the national spike is elsewhere and MA is doing very well, we should still be on our toes.
Trending  COVID Topics
There is lots of talk about opening schools and how to do it.  Also there was big news about sports seasons at the college level being cancelled. But the biggest recent news is the discussion about airborne spread! 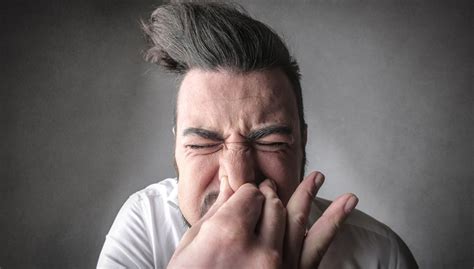 It became a big topic this week after the NY Times reported on an opinion letter authored by over 200 scientists across 30 different countries declaring that the evidence points strongly to this possibility.

Why do they say that?
In part it’s because of what the contract tracers are seeing.  This bug spreads like a wild fire. Half the people who have tested positive for it, don’t know where they got it.  There are no suspicious contacts in their lives. We know that the majority of cases are undetected, probably the vast majority.  The airborne spread idea has lots of implications. More on this below.
First, explain airborne.
Compare it to droplet spread, please.
It’s all about particle size, not of the virus but of the molecules that carry the virus. Aiborne spread means the infectious agent can stay intact and infectious in smaller particles that linger in the air.  Droplets, on the other hand, are larger and fall to surfaces faster.  Surfaces then become important in that situation.With airborne infections point of entry into the body can be mucus membranes and our breathing or even our ocular membranes: the eyes! In hospitals eye protection is important with airborne infections. Airborne spread in general is more contagious and requires more precautions and further distances.

But hold on!  It’s not all bad. This has positive implications as I will share below.

It’s important to note that there is crossover.  Flu can be airborne a minority of the time, for example. There is a lot of ambiguity as to exactly where the different agents fall on the airborne vs droplet scale. For example, I’ve seen Ebola as well as strep on both lists. Ladies and gentlemen, it’s not exactly guess work, but it certainly isn’t black and white!

What do we do with airborne infections?

FIRST, the approach to an airborne pandemic virus involves improving ventilation. This to help exchange air between the inside and outside of a building. This will be a big task for many businesses.  In the short run, until we hear more, I would advise to consider avoiding indoor public facilities when you can, especially if our local case numbers spike. The best ventilation is outdoors in the open expansive air.

I can’t say enough about getting outdoors. The dispersing nature of open areas and also the UV light is so vital in getting through this. Look at this crew of hikers practicing excellent physical distancing on their walk through Bartholomew’s Cobble! (OK, you got me. That’s actually New Zealand)

SECOND, We might find ourselves with stronger recommendations on how to protect ourselves. Masks and hand washing are still the biggest protections, we may want to add in eye protection. We might see larger distance considerations or at least firmer policies on masks. More to come.

And the THIRD important consideration is give consideration to cleaning the air in your space. The basic filtering methods include mechanical air filters, UV purification, HEPA filters, and ion generators. Stores will consider having UV lights to treat their store after everyone leaves. Again, more to come.  Stay tuned to this topic.

What else?
In other news, contact tracers are hard at work and are collecting data. Activities which have an inherently high risk of spreading the coronavirus, per their observations, include:
Drinking in a bar tops the list. It turns out bars aren’t healthy after all?!  Hmm! 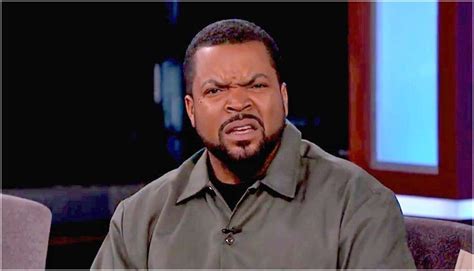 C’mon, you knew that!

This one stands out to me for a few reasons. I like to talk about alcohol.  Can I lead you on a short tangent. Bear with me.

Alcohol proponents have us believing that regular drinking is good.  Alcohol lobbyists with billions to gain are lurking around every corner reinforcing that idea. A large meta- analysis recently determined the safest alcohol level to be none. Zero. Nada. You don’t have to be a tea totaler, just know that alcohol isn’t medicinal.

Actually, drugs including alcohol cause you to loosen your grip on your consciousness.  That’s sounds ok, right?  Not if you understand the highest and healthiest goal as becoming the master of your domain, the president of the board of your inner company. If you’re not working to create and cultivating an approach towards a commanding presence in your doings then you’re missing an opportunity to thrive, in my opinion.

It doesn’t matter what your circumstances are.  Finding access to the nuance of the moment and turning off autopilot is an option for everyone at every moment.  Emily Dickinson called it removing the film of familiarity. 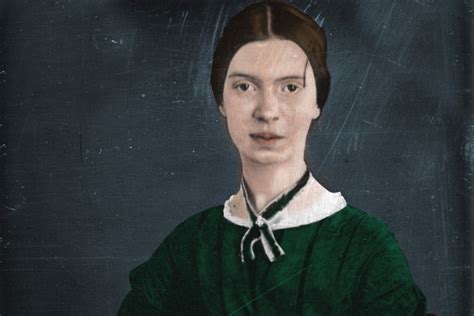 And substances are a distraction to this whole event. It’s like checking email on your phone for the eveningwhen you finally get a good night for viewing the Aurora Borealis. 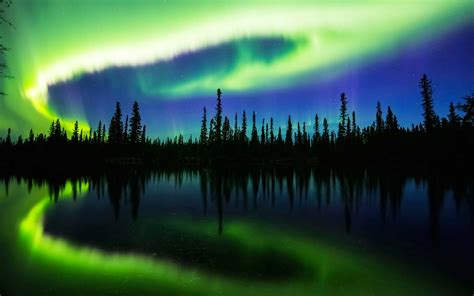 Conclusion:
What does it mean that we may have airborne spread?

Ok so here goes. Evidence supporting airborne transmission of Coronavirus might actually be good news. My opinion is that because of the ease of spread discussed here and the fact that we had our main exposure long before we could test, I think it is possible that we in the Berkshires are close to achieving mass immunity.

Let me take you back to Feb/March.  We had a bare-bone access to testing if at all, and it was only for the sickest. Cases were rampant. The ERs were dealing with cases in large numbers. All the radiologists were reporting large numbers of CT scans of the lungs that had classic COVID findings. People weren’t coming in unless they had to. I can’t prove it, but in my estimation it is likely there was massive exposure at that time, the vast majority being asymptomatic. The proof comes if we don’t surge with positive cases when and if infections come in from out of town. Watch for that.

We have 600 plus documented cases in the county as of right now. It’s an insanely bad underestimation, as is every county’s, even if you just factor in the fact that testing misses many cases. We also have to account for the fact that the majority of the cases are asymptomatic and wouldn’t even qualify to receive testing by state officials. I may be being aggressive with these numbers, but I want to emphasize the possibility that we may have had 10’s of thousands of cases in the County!

And we have no capacity to determine that or to disprove that. The test that looks for antibody evidence of a COVID infection turns negative in 90% of people after 8 weeks, so when we went to evaluate those feb symptoms in April with the antibody test, the massive exposure easily would remain hidden in plain sight because the false negative rate was so high- over 90%!.

Yes, the optimist is on a roll today.  It’s true we can’t prove it, but neither can we deny the possibility that the majority of our community has been through the COVID tunnel. Airborne transmission would make it more likely that we had a massive exposure. That’s my point today.  I present to you not a fear for the future but a possible reassurance from the past.

And, like I have said previously the absence of a single report in the last two months of a second infection speaks volumes to me. 13 million cases worldwide and no one with a credible story about a repeated infection. Very good immunologists with coronavirus expertise have said it is very likely we will be immune for life after infection. 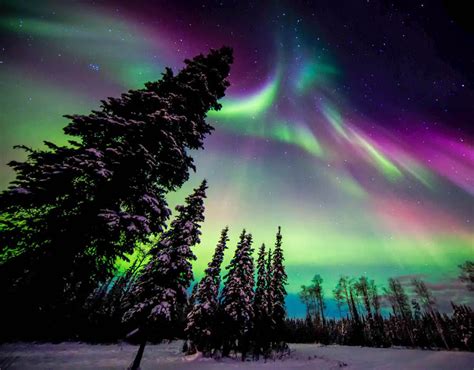 The three states with the highest death rates (from their early outbreaks): NY, NJ and MA are the three states that are closest to achieving containment, per recent reports. Yes they have good testing programs and tracing capacity.  That’s a part of it.  In my opinion the most interesting reason is because the majority of people in these states may have been exposed and are immune! Remember the most common symptom of COVID infection is an absence of symptoms.

Places in America that saw barely any cases before the shut down have a different path through.  New York and MA and NJ were hit hard and have likely a high instance of immunity, certain to be higher than even the most optimistic estimation that the mainstream can give (in my opinion).

So we will watch closely and continue to act just as carefully as ever. And hold in our heart the possibility of the best possible scenarios for ourselves and the entire world. 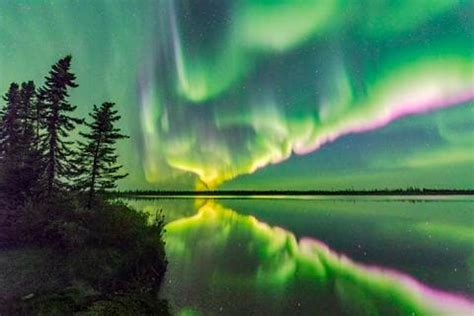 With all the uncertainty out there, the medical community has no choice but to lead with humility. It’s the path to better answers. I heard a term this week called medical democracy. I understood it to be the opposite of medical dictatorship. One size does not fit all in life or in medicine. Individualized care and soft universal mandates are smartest. It’s the best and only safe way forward.

Best wishes on your day!
Thank you for reading,